International Society for the History of Pharmacy - ISHP 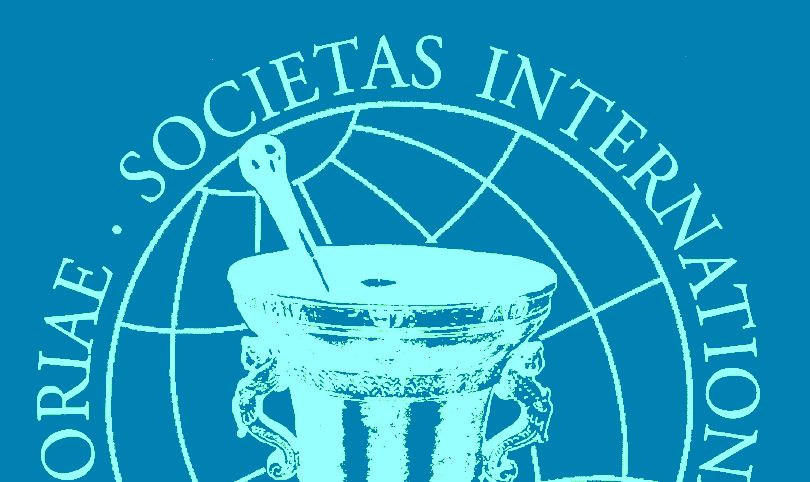 was founded 1926. The society is established to form an international centre for handling all matters of a pharmaceutical historical nature without commercial interests.

ISHP promotes science, mainly research, teaching and publications in the field of pharmaceutical history. A main focus lies in organising an International Congress every two years. In the area of publications the ISHP supports the Pharmaceutical Historian. To promote research the society offers a grant: ISHP research fellowship.

ISHP is the head organization of 29 national societies for the history of pharmacy.

is an international journal for the history of pharmacy published by the British Society for the History of Pharmacy on behalf of the ISHP. The first number appeared in 1967 (ISSN 0079-1393, Print), and it is now an peer reviewed online open access journal, see Editorials: A New Chapter for Pharmaceutical Historian.

This initial from the "Antidotarium magnus" of the University Library of Basel, one of the oldest European formularies is helping to accompany the way to the “Working Group History of Pharmacopoeias” of the International Society. Here you will find several texts that cover a vast panorama of the history of pharmacopoeias in the world.

The ISHP Oral Presentation Database lists talks given since 2005 related to the history of pharmacy worldwide. Beside the title the database contains the the name of the author and a contact email address. The date, place and occasion of the talk are also given. Here you will find the recent and upcoming talks and also the archive from 2005 to October 2017

A main focus of the societies work lies in organising an International Congress every two years. The congress originally planned for 2021 has been postponed and a virtual symposium was held in its place.

The next regular ISHP-Congress will be held in Milan, Italy, September 7-10, 2022. Connected with this Milan conference is the attractively endowed Pier Paolo Daniele Competition for young researchers, which gives the competitors the opportunity to demonstrate the ability to deal with research on original sources. The competition is organized by the Accademia Italiana di Storia della Farmacia A.I.S.F. The deadline for submission expired on 31th March 2022.
Impressum      Privacy Policy